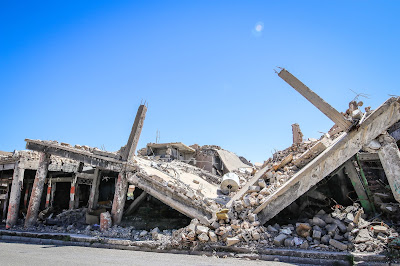 This is it. The 5 minute video we've been working on since we got back from Iraq. Made with deep thanks to the team at Exposure International. Tune in close, turn it up and let it move you like it did me. To learn more about Tutapona you can visit www.tutapona.com

The 20 images of South Sudanese refugees I can't forget.

I promised you photos - so here they are! The 20 images I cant forget and that mean the most to me from my recent trip to the border of South Sudan. I was there with Medical Teams International, Food for the Hungry and Tutapona for TearfundNz’s East Africa Crisis Appeal. If you missed the blog I wrote about my experience there gathering stories and images of the refugees fleeing both war and famine - you can check that out here. But if these images move you at all, let them move you to action. You can donate to Tearfund's appeal right now, right here. 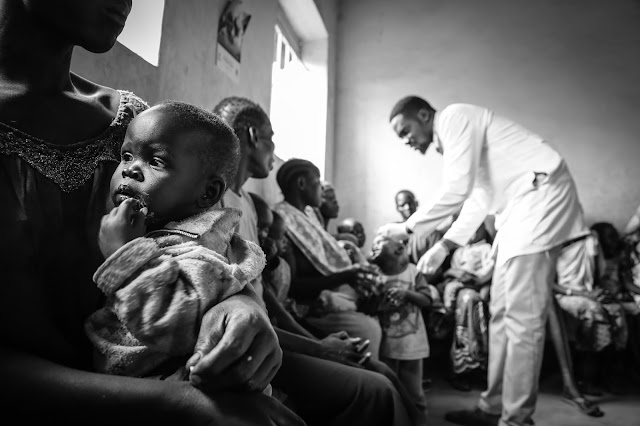 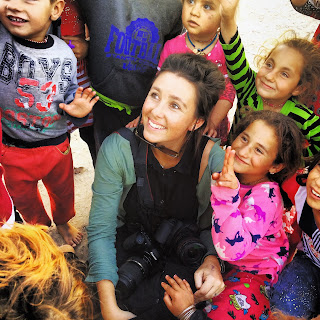 Let’s talk about Iraq shall we? That little chestnut. I can see by some of the comments and private messages I’ve received that some of you are wondering why on earth a mother with two young children at home would choose to go to a place like Iraq.  So I’d love to tell you why I went, what it was like and what I was doing there.  (All photos from my iphone5 - 'real' ones to come end of May once campaign is live).

Why I went?
Because I believe in a God whose heartbeat is for the hurt, the lonely, the hidden places and the forgotten millions. And I want to spend my life doing whatever I can to shed light on these people and their stories by coming alongside the incredible organisations working beside them. But the other reason is for my daughters. I want to raise brave, compassionate, kind girls.  I want them to know that the world does not and will not revolve around them. I hope in some small way, the choices I make in this realm encourage them in their journeys.  I’m not going to lie, I was quite scared - and at one point even shaking on my trip. Deciding to go was a complex decision for us to make but ultimately we believe one Tim and I took an educated risk on.

Since I was a little girl I remember hearing about a country called Iraq. It was a place of war, danger, uncertainty, crimes against humanity and a bad guy called Saddam Hussein. As I grew up this view was re-enforced by countless news stories that flash before my eyes even now. Suicide bombers, shootings, people setting other people on fire, air strikes. And for sure, that’s a deeply sad part of this country’s history. But it’s only that - a part.  And I was embarrassingly shocked to discover that other parts exist. For starters, Kurdistan in Northern Iraq is outrageously gorgeous. It’s rolling green hills, rocky mountainsides and humble houses nestled in the foothills are beautiful to behold. If you can imagine a childhood Bible with pictures of Jesus on the mountains giving a sermon – it looks like that! A local theory is that this is where the Garden of Eden used to be and as I drove past some of the most beautiful waterfalls and gorges and the Tigress River, I could see why. Though apparently it snows in winter and gets up to 52 celcius (125 Farenheit) in the summer!

Kurdistan, Iraq is a land where families picnic by the river throwing stones to see how many hops they can make on the surface, a land where they sit close on the couch watching movies together till late at night. A land where the whole family, sometimes up to 100 of them will feast together and dance till they can dance no more. A land where the grandmas hold more respect and influence than you could imagine and the men care deeply for their children. And the women, oh the women. They are strong, hard working, kind, brave generous and most of all, resilient.

They have malls, KFC and Hardees (yes, I indulged in my first burger in Lord knows how long). They have theme parks and I drove past at least four ferris wheels. Both adults and children go to bed late and sleep in (11pm-10am ish). They love to eat out at restaurants and the hummus, shwarma and kebabs they make are both cheap and delicious. If you find a Western style bathroom you have to put all your toilet paper in the trash can beside it and not down the toilet. You must have your elbows and ankles covered at all times, and don’t even think about showing the bottoms of your feet in public.

What was I doing there?
I was in Iraq with Tutapona (trauma rehabilitation for victims of war and refugees) for seven days to help them tell the story of the people they serve and how they come alongside them. We were making a video with the amazingly talented and generous team at Exposure as well as capturing stories and images we can use for this years Summer Appeal.  Tutapona has their work cut out for them. In Iraq alone there are over 1 million IDP’s and refugees.  These people are usually fleeing ISIS in the Mosul/Sinjar area or are Syrian refugees. They come to one of the 27 refugee settlements in Iraq and it is here Tutapona comes alongside to provide trauma rehabilitation services through their 11 staff members. They start by providing a two week group trauma counselling program and then proceed to one on one counselling as needed. Tutapona is grateful to work alongside their partners, Samaritans Purse, The Refuge Initiative, World Orphans Project and The A21Campaign. I also spent one day with Tearfund New Zealand’s partner, MedAir who are providing non-food items, basic supplies, shelter, household items and medical services.


But it was the trip to Sinjar that really hit home for me. I’ve never seen anything like it in my life (video is at the bottom of this blog). On August 3, 2014 ISIS invaded a beautiful town and all the towns surrounding it on the Syrian border called Sinjar. They came at night, destroyed everything in sight and then divided the remaining men, women and children into sections. 6,000 died in a day. The lucky ones escaped to the mountains behind them only to find themselves trapped with no water or food and surrounded on either side.


As we drove up the mountain burnt out cars lined the road. But beside them was what had me undone. The clothes. The shoes. The medicine. All left untouched for the last two and half years. Apparently ISIS would pull everyone out of the vehicle as they tried to go up the mountain, make them all take off their clothes, kill them and then torch the car.  I found a mother’s dress, a little girl’s dress and a shoe in one spot and it was all I could do to pull myself together.  The horror had hit home. They died on this mountain. As for those back in the village, the men were either murdered on the spot or forced to fight for ISIS. The women were taken as sex slaves into Syria or Mosul and married off to ISIS men. Their children were taught to become fighters often asked to cut off their Barbies heads, a chickens head and at ten years old, an “infidels” head. Any females over the age of 8 were fair game for rape.

I interviewed many women who had only recently escaped, been rescued or bought back from captivity. I was a stranger to these people but on the strength of the Tutapona staff’s deep companionship with them I was greeted with trusting kindness and gentle smiles. Their stories are horrific and I will be able to share parts of them in due time after our appeal goes public. Stories about how their seven year olds were given grenades as birthday gifts, their fifteen year olds forced to put on a suicide vests, get in a car and then blow themselves up. Perhaps worst of all is knowing how many of their family are still in captivity. One mother wept as she told me of her 13 year old daughter being ripped out of her arms by her hair and taken by ISIS. Another mother has a little girl who is four, all alone and still in captivity with ISIS. She doesn’t know if they’ll ever be reunited. Most have lost their husbands, unsure if they’re alive or dead.  Their homes are rubble, their lives as they know it – over. Their trauma was deep and palatable. Their tears flowing from a place I’ve never known.  And the children we spoke to…. don’t even get me started. The need for Tutapona to expand their reach is critical. The suicide rates in the camp are at an all-time high and depression, anxiety and conversion disorder is the norm. Although food, water and shelter are being addressed – it’s the deepest parts, the unseen grief that is killing them slowly.

Final thoughts
Over the years I’ve sat with many poor mothers and fathers as they’ve shared their stories of surviving war, humiliating rape, torture, slavery, abuse and the murder of loved ones. The pain they describe is unfathomable and horrific. Before I started doing humanitarian photography/storytelling, my honest mental temptation was to imagine that people who endured such things ‘on the news’ are somehow fundamentally different to me. Maybe, somehow, they just don’t feel things like I do. They’re “used to it”. Maybe they expect less, care less, hope for less, want less or need less.  But painfully, over time, I have seen that they are exactly like me. And what they endured on a mattress or what they endured as they fled for their lives up a mountain is in no way easier for them because they are poor. This Summer, Tutapona is giving us an opportunity to come alongside, to show that someone, somewhere hears them, cares and is going to do something to help.  I’ll be getting behind that.