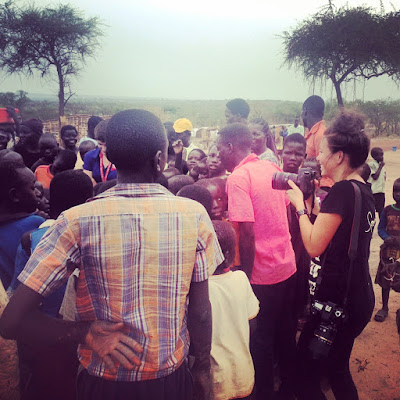 I’m spent.
But in the best possible way.
Spent on something worth spending myself on. South Sudan.
That’s a lot of S’s. Let’s get straight into it.

(PS: I am 'saving' the "official" photos I took for the appeal we are doing - promise I'll share them with you when they are public!)

It really hit home for me yesterday…what this trip was all about. We were getting ready to cross the Nile River on a ferry and the sun was marching on. A bus of people arrived, then another, then another. Women and children in their hundreds pouring out. Tiny babies, little toddlers, young girls of seven helping their Mamas and ten year old boys trying to stay strong. Their presence caused quite a commotion at the ferry crossing and I asked a local police officer what was going on. “They’re the refugees,” he said, “but they’re going back to bury their dead. Their husbands, their brothers, their fathers”. 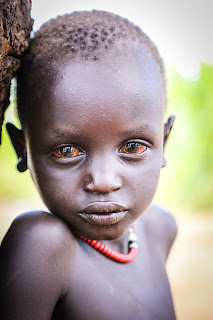 And then I looked again and I could see the cracks. The children, up way past their bedtime, no dinner, no snacks, not even water in site, a long bus ride straight back into the war zone they just fled, funerals in the coming days and Mums so distressed the air was electric with their emotion. It was the little kids though that got me. They needed to be having a bath at that time, full bellies bloated from a healthy dinner, bedtime stories, songs and prayers before goodnight kisses. Instead, here they were. Waiting in a line so patiently for over an hour, barely making a peep, tired, hungry, uncertain of what their future would hold. Each of them had already lost everything they’d ever known when they were forced to move here to Uganda. Their huts, their villages, their photos, their schools, their friends. And then I heard the police officer turn to one woman with a baby on her hip and a toddler at her ankles say in an aggressive way, “Stop your crying”. And she bowed her head, bit her lip and nodded.  And so I cried for her instead.  Cried for what they’ve lost. For what she’s going back to and why she’s going back. The love she had for that man brings her back.  Back to a warzone. Back to hell. And for her children, who’ve just been told their Daddy’s never coming home. And for their bathtime, because of what is symbolises. Safety, security, schedules, routines, home.

Hours earlier we’d received a briefing from a local staff member that said in that camp we were in there were 3000 unaccompanied minors. That’s kids, without parents. Whether their parents were dead or they’d been separated from them in the fighting doesn’t really matter. What matters is that they are all alone, in a refugee camp in another country with no electronic system for tracking them or their parents and no-one to put them to bed at night.

But first back to the beginning. The purpose of the trip for me was to photograph, film (through Quinn Neely) and interview the people on the front lines of the world’s now greatest humanitarian crisis - South Sudan. I was there on behalf of Tearfund New Zealand and taking photos of our Integral alliance partners and their work. Over the next couple weeks I’ll be editing the photos and writing a campaign that we hope will raise a significant amount of money for these precious people. I’ll certainly be giving all I can.


The stories I heard, the photos I took and the things I saw are haunting. And as a verbal processor – I’d like to take the chance to verbally process. I think in ‘folders’ so here goes.

The complex background made simple:

South Sudan is the world’s newest country and right now the current President and the Vice President are fighting. One is from the Dinka tribe and one is from the Nuer tribe. In December 2013 war broke out and hundreds of thousands fled. In the beginning it started out as an attempted coup and the war ebbed and flowed but in July 2016 last year it stepped up a notch. One by one they came until on average 2000 people were crossing the border into Northern Uganda every day. Now, there’s 769,000 of them.

Have you seen the movie Blood Diamond? It looks a bit like that. UNHCR trucks lining the streets, grandmothers and little kids sitting atop beaten up luggage and old foam mattresses, keeping watch over what possessions they could physically carry with them. White UNHCR temporary tents stretched out as far as the eye can see. Lines of people waiting for water, lines of people waiting for bathrooms and lines of people waiting for food.  It smells like the bathrooms at a music festival. There’s both chaos and calm. The new refugees arriving on buses not sure where to go, how to register or what will come next. The ones that have been there days earlier, calmly sitting under a tree waiting for any news on when they’ll be moved to a plot of land they can call their own. 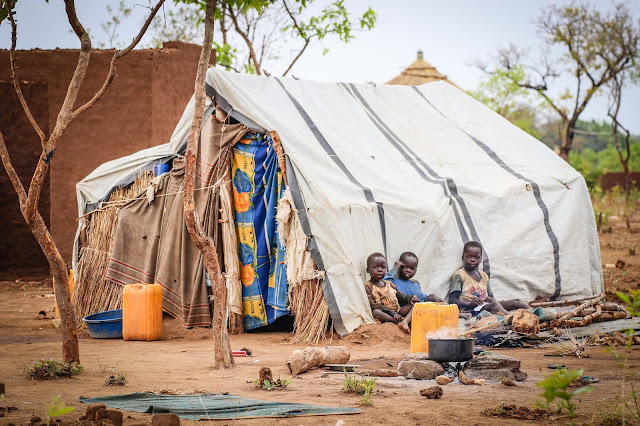 After someone crosses the border they can choose to be registered as refugee at one of the many border collection points. If so, they are then taken to a medical screening tent before themselves and their children are vaccinated. They are then taken in buses within the next 24-48 hours to a Reception Centre where they wait until they are given a plot of land in one of the 18 refugee settlements, a few small tools for constructing a house, some white sheeting and a few sticks to do so. They then wait. Wait for schools to be set up, teachers to be hired. Wait for seeds to grow and ultimately wait for peace. Some may wait years or even decades. Others may wait the rest of their lives. 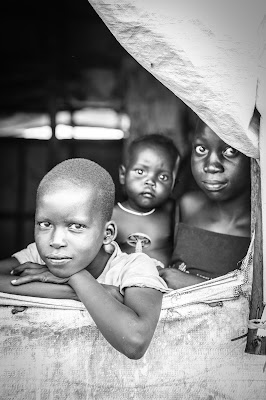 One of the organisations I was photographing for was Medical Teams International. They work in almost every single one of the 18 settlements to provide primary healthcare for these refugees. And my gosh, they’re doing a great job. I’m sure to Western Standards, you’d think it was horrible. Women giving birth outside under UNHCR tents with lizards inside crawling on the red, dusty ground beneath them. No power, limited water and of course, no pain relief.  But trust me, they’re doing the best they can with the circumstances at hand.

And then there’s the famine. Despite the fact that the famine is mainly happening in the Northern parts of South Sudan, people are now beginning to trickle through to the camps I visited with severe malnutrition. In fact, most of the people I spoke to said they were fleeing the violence, but also the famine. There is quite simply no food but the twist is that this famine is man-made. One of the most sickening crimes of the 21st century is that where you live can still decide whether you live or whether you die. The cold, hard fact is that people on our planet are STILL dying of starvation. Hunger. Malnutrition. It’s a disgusting disgrace.

So now I’m off to write a disaster appeal for Tearfund that’ll help  beautiful Mamas and their babies like the ones I saw at the ferry crossing get medical care, water, food, and the trauma counselling they deserve. Because there’s really no difference in what we want for our children. Only in what we can give them.