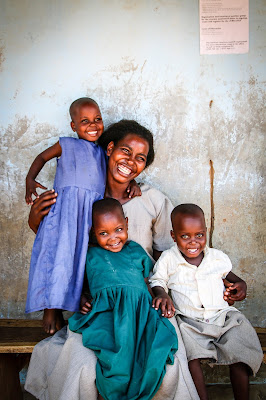 
When 27 year old Annet went into labour, she had no idea she would be giving birth to more than one baby that day. Her husband had gone to the city and she began feeling some pain that evening. Her son Samuel was born that night alone in her house. After Samuel was born, she had trouble cutting the umbilical cord and so jumped on a boda (motorbike) with her sister in law to rush to the nearest medical centre where a nurse told a very surprised Annet that there was another baby on the way. 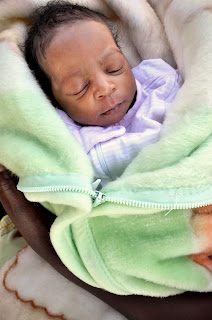 The nurse was concerned about the delivery so Annet got on another motorbike and travelled to a larger hospital for help. There, she had the first scan of her entire pregnancy and was told by the doctor there was not one, but two more babies coming! The Doctor could see that she was losing strength and so called her husband to ask for permission to operate and do a cesarean section. In Ugandan culture twins are a blessing but triplets are a curse and so he said no. The doctor realized this was a life and death situation and performed the operation. Soon after, Grace and Patience entered the world, weighing just 1.8kgs each. 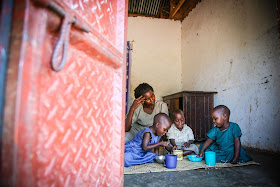 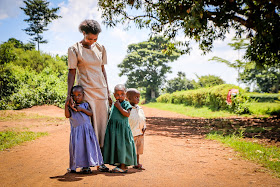 With a mounting hospital bill, the doctor who signed the paperwork didn’t know what to do so he ended up calling TV, radio and newspaper journalists to come and take photos and put the news out there about Annet’s situation. When the story went public a Compassion staff member saw it and contacted the nearby project. Shortly after some Compassion staff came to the hospital and helped Annet leave.  At first they tried to reconcile Annet with her husband and in-laws but that didn’t work.

For the last four years Compassion has been helping pay for Annet to rent a home with her children but they are now outgrowing that space and desperately need another option. Their home is small and hot and about 6 metres by 3 meters in size.
Annet was given some land by her Father but doesn’t have enough money to build a home for her and her children. Compassion is hoping to change that.

This week the triplets turn four and Compassion has been running a campaign to give them the best birthday present ever – a forever home, debt free. Today I saw that they had been successful in that endeavor and that $40,000 has come in to build not only these triplets, but friends like them safe shelters too. So amazing. Have a wonderful week everyone!

Read more about the triplets and their Mum here 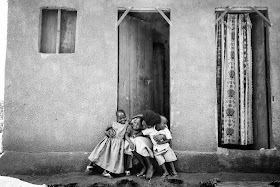