Many of you have kindly been asking how I’ve found motherhood so far! Well friend, unlike many mothers given nine months to prepare, I was given a mere nine minutes before I met my daughter to be. With not even so much as a bottle, diaper, book or toy to my name, it’s safe to say I was thrown into the deep end. So here’s my feeble attempt at trying to describe it through an ‘Open letter to a first time mother’ (from a first time mother seven and a half months in.) 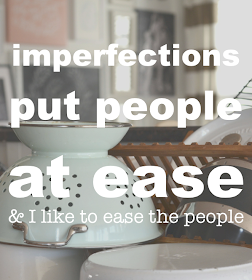 Dear First Time Mother,
Well, here you are. On the cusp of something magnificent. With a little bit of hope and a dash of trepidation mixed into a cocktail full of surprises. Don’t worry friend, I’ve got your back. Whether you’ve come to this juncture of an impending arrival by a carefully laid plan, accident, a complete shock or whatever doesn’t really matter. What matters is that soon your baby will be arriving and someone needs to give you the real down low on what to expect. Let’s get on with the good, the bad and the downright ugly.

1.       You’ll probably have no idea what you’re doing.
Despite the fact that I’d grown up around an army of children, babysat for years and had some pretty strong opinions about how I’d be when I was a mother when it came to taking care of my own kid I had no idea what to do. It’s different when it’s your baby screaming in your face, different when your babies the one with a cold. I remember one day thinking to myself, Oh. My. Word. I’m it.  I cannot hand my child back. The proverbial buck stops with me. If I can’t get her to calm down - who will? This thought was at once satisfying and terrifying at the same time. Instead of the normal sound advice I’d usually think or give out, I had nothing. It’s like your brain just goes blank and you question even the most normal things. I often text my girlfriends around the world to find out simple answers to my ridiculous questions (they all seem to be in the know). Whether it’s about a baby toothbrush, if you can ‘pop’ a child by giving them too much to eat or if it’s normal for my child to poo four times a day, I had (and still have) no idea. I have NEVER spent more time searching Google for answers to questions in my entire life. Side note: many searches are done in the twilight hours. I’ve even been known to listen to a variety of sound bites of cough noises so I could accurately assess what kind of cough my daughter had.

2.       You’ll probably be NOTHING like what you expected to be as a Mother 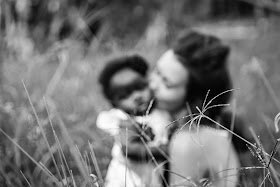 From the outside looking in, motherhood looks pretty simple. Sleep, feed, burp, change, play, repeat. As one of the last girls in my group of girlfriends to become a Mum I’d developed some pretty strong opinions (read: judgemental/hypercritical of others) around how I’d be doing things. I thought I’d be extremely strict, have a rigid schedule, believe in letting kids cry themselves to sleep and never pandering to my child. Reality check. I am a complete melting moment of a Mother. When my child cries I can’t stand it! It sounds like nails on a chalkboard to me. Speaking of which, if you’re anything like me you may hear you child’s ‘cry’ in everything from a fan to a bird outside. It’s all part of being on high alert as a first time mother. I also find cheeky things she does funny not naughty. Terrible, I know. Sure, I’m still the same organised person but I’ve learnt quickly to be flexible to keep sane. Part of that is the very nature of living and raising your child in Africa and part of it is just releasing ‘control’.

3.       You’ll probably freak out over perfectly normal things.
It’s fair to say that for those first few weeks I was certainly on ‘high alert’.  Like really high. In fact I slept between 15-30 minutes the first few nights because I was convinced those little rustling noises, sighs and deep breaths were signs she was dying in my care and under my watch. We didn’t have anything for her to sleep in during those days so instead she slept in bed with me (something I would not recommend for the light sleeper/first time anxious mother). Imagine us in bed, her (and Tim) peacefully sleeping, me looking like an owl on a caffeine binge just staring at her closed eyelids. Even today, seven safe months in, I still find myself constantly checking on her to see if she’s breathing. Then there was the time she got a cold at 8 weeks old. I panicked. Completely stressed out about her sneezing and runny nose I literally blamed almost everyone and anyone that knew her for infecting my innocent daughter and proceeded to initiate Operation Lock Down. I’ve since read that it’s perfectly normal for babies to get 6 colds in the first year and so with four down and five months to go, I’m feeling much more relaxed. And it sounds ridiculous to say it now, but I remember when Hope did her first hiccup. I was so concerned I text best friend in the middle of her night for advice. ‘Is it normal for a newborn to hiccup for ten minutes’? Apparently yes. Yes, it is. 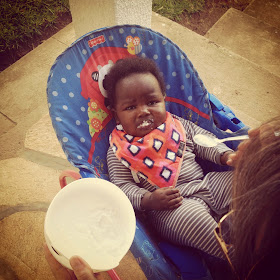 4.       You’ll probably make mistakes
I remember the first time I took Hope for a walk, she was four weeks old. We’d been loaned an awesome Jeep pram by our friends with all the bells and whistles required for taking her on the rock like terrain that is Uganda. I felt so happy and proud to be taking my little girl out into the big wide world for a first-hand look. As we arrived back into our compound and I went to close the gate I saw out of the corner of my eye Hope and her pram rolling down a small hill and to my absolute shock and horror it tipped carrying my precious tiny bundle onto our gravel driveway. Worst mother ever! I had forgotten prams had brakes and that you should put them on whenever you’re not touching the pram. Suffice to say she was miraculously resilient, and was shielded by the bull bar type shape of the pram with no injuries. I on the other hand was completely mortified and quickly looked around to see if anyone was looking.

5.       You’ll probably uncover your selfish side
I can’t even begin to tell you how many midnight prayers have been whispered to heaven that she’d stop crying  and go back to sleep.  I don’t want to get up.  Also often times I don’t want to read the same book over and over for the seventh time today. And don’t even get me started on how little free time I have. Before I had a baby if I wanted to go to a pool, sunbathe and read my magazine - I could! For hours, and hours. Those days of sleeping in, whipping out to the mall and watching movies late into the night are on hold. Nowdays, If I want to do that I need to arrange it about a month in advance, prepare all the necessary things Hope will need for the afternoon, sweet talk my husband into my plan and then spend the two or three hours I have to myself at said pool thinking about how on earth he’s washing the bottles out. 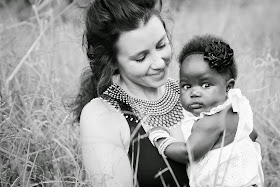 The word overwhelmed really sums it up for me. No one can prepare you for how much you’ll love your child. It’s a different love to how I feel for my husband or even my own family members. It comes from a place so deep I can’t bear to describe it. No 26 letters could ever describe how I feel about her. I’ve found it comes in surges. Sometimes I look at her from a distance or put her to bed at night and it hits me like a thousand electric volts. On another note, no-one can prepare you for how much others will love your child. Family mainly, but friends too. People everywhere overwhelm you with their generosity, kindness and thoughtfulness. My best friend sent me 4kgs worth of everything a little girl born in Uganda could ever want. For a shopaholic like myself, it was the second best day of 2014 (next to Hope being born).

7.       You’ll probably feel guilty
When I was a teenager I remember reading in magazines about mothers that felt guilty and never understanding that. What on earth do they have to feel guilty about? Now I don’t know if it’s a first time insecure mother thing but I constantly find myself feeling guilty. Guilty for not spending enough time with my daughter. Guilty for not reading every relevant baby website on the internet to find out the best foods/books/clothes/sleeping positions etc to make her healthier/smarter/happier. Guilty for being a working mother and not spending every waking hour together. I’m working through this. I’ve got no solutions yet. 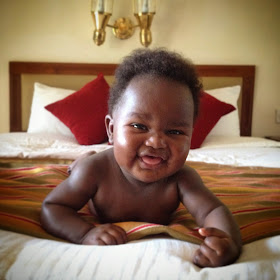 8.       You’ll probably stop judging
I don’t judge other mothers anymore. Ever. Every single mother I personally know is a good one. And we’re all just trying our hardest to do the best we can. Regardless or not of whether we do things exactly the same doesn’t matter. What does is being kind, open minded and understanding.

9.       You’ll probably be really thankful
Like all the time. Personally, I thank God but regardless if you’re into him or not, I’ve found thankfullness to be the hallmark of motherhood. I am beyond thankful to be a mother. Hand on my heart not a day has gone by in seven months where I have taken her for granted or not thanked God for her.

First Time Mother – get ready for one hilarious adventure of discovery and delight. You’re going to LOVE it.

Sincerely,
A first time mother seven and a half months in (the half’s count) 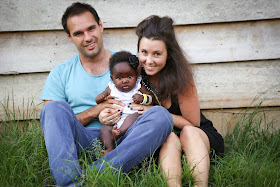